App product management: art of the DAU replaces the way of MAU 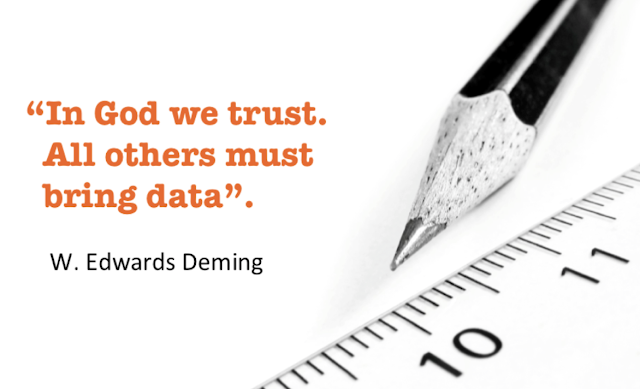 As the 2016 year draws to a close , it feels appropriate to reflect back.

I'll take this opportunity to look back over more than a decade of mobile and web app product management .

As we tick over into 10 years of the smartphone era (I mark the beginning of smartphones in 2007, with the launch of the first iPhone), it is interesting to look back and draw some trends and insights.
Maybe these lessons learned will be helpful to others in making apps in 2017 and beyond ?

As in all things tech, the art of crafting apps is on an exponential trajectory of improvement . So it's been an especially exciting time to work in the Android and iOS app space for the past 2 years .
As the space matures , and the scale of app products exceeded any other product class that has come before,  including: TV, books , even the web,  the industry has rapidly learned and evolved on what best practices are for innovating , launching , and scaling mega hit apps.

At the beginning of my product management career in web and mobile back in 2005 (back when j2me apps and getjar.com ruled the day for moto razr devices ;)) there were no go-to-frameworks for figuring out the health of your app product .
There were no analytics platforms to measure user behavior , engagement , success of the UI/ UX. We were literally flying blind , with no instrumentation back then.
Even more there were no mobile advertising networks to help you build a business around your app.

Back then the  reality of making apps was pretty bleak:
- All key uses cases had to be done in "No more then 4 clicks" from the homescreen of your app.
- making UX flows with more then 4 clicks was considered bad
- monetization came from premium apps only , sold through "on deck" carrier portals
- Ads were just a hopeful vision of the future when mobile software could be free for the masses

If you fast forward to 2016 , things are much better now . The past decade saw the rise of analytics platforms like flurry , google analytics , kibana , appboy , and many others.

Monetization shifted from "on carrier" decks that charge to your carrier bill-->  to paid apps with in app purchase and some ads on iOS --> and now the really big app businesses have finally figured out how to harness multi hundred million dollar ad revenue streams from android purely from ads.

The majority of the first decade of smartphones have been focussed on vanity metrics similar to the ".com" boom era :
- Monthly Active User counts (MAU)
- time spent inside your UI (avg session length)
- average star ratings in google play or itunes
- total installs

In the pst 2 years the most successful apps have figured out that theses metrics are actually misleading , and to build an app product that reaches hundreds of millions of users you need to pay attention to Daily metrics , not monthly .

The apps that focussed on MAU KPIs concealed systemic issues inside their products , and hid theses issues through monthly arbitrage .
As Andrew Chen of Uber product management fame , explains here :

The competition in the app space is beyond brutal . So it is imperative to track your growth and retention funnel on a Daily basis .

Daily cohort retention tables should be the cornerstone of building an audience and brand in the app space.

From there , you have to become obsessed with building a daily behavioral product .

Most of this Daily behavioral thinking has been popularized by a book called Hooked , written by an entrepreneur and adjunct Stanford professors named Nir Eyal . If you haven't read this book , go straight to amazon and get the book.

In a nutshell Nir took the ideas that have been around in drug addiction research , and  neuroscience / behavioral psychology for decades and mapped them on top of mobile and web products .
Then masterfully demonstrated how those ideas played out in facebook , Dropbox , and other mega hit apps .

The main take away there was this : the apps that win the day engineer behavioral loops .
They focus on creating daily behavioral patterns . This then allows you to build massive brand loyalty and a massive ad revenue business .

Put differently , this is a shift of how product management and app development teams need to measure , track , and improve their products . Simply put all KPIs and metrics need to move away from MAU metrics and instead they need to focus on DAU metrics .

The vanity metrics of 2017 for healthy mobile businesses should always be expressed in Daily Active User numbers .

Once you have these daily metrics , it's all about understanding the full engagement funnel (or ratios) between several of these metrics .

Sequoia believes tracking this ratio for their portfolio investments is paramount .
Here is a tweet from them saying as much: 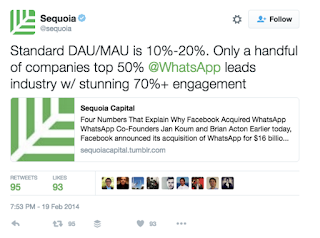 But to get the full picture of how to think about engineering daily behavior , consider a users journey through an app :

If you can map a funnel like this , you can then understand the drop off in each step. It then becomes easier to prioritize which features to go after, because you can target each specific feature to improving the metrics of specific step in this kind of funnel.

These observations and ideas have been proven by a group of android utility apps .
Read my earlier post on this 2016 phenomenon here .

Now what's in front of us as an industry , and the responsibility of app craftsmen and teams is to make sure we use the art of the DAU in a responsible and positive manner . We have to challenge our selves to make sure that we build high value behaviors for the worlds billions of smartphone users .

The very best apps of 2017 and beyond will focus on creating daily behaviors that  empower, educate , and train theses massive audiences how to make their smartphones and apps work for them vs the other way around where the never ending firehose of carefully worded notifications and precisely engineered trigger points entrails and enslaves us to our smartphones.

One thing is still the same with the art of DAU  as it was back in the way of the MAU days : the very best products are user centric .