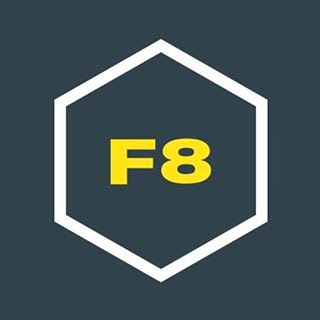 My good friend Ilya Sukhar, who founded and Parse and then sold it to facebook now runs all app development platform for facebook.

I am at The Concourse in sf, spending the day immersing myself in facebook's developer world.

Today Parse, facebook , Ilya, and Zuckerberg relaunched facbeook's developer facing efforts. The tagline is "going back to our developer roots".

I am most excited to check out the internet.org innovation lab that facebook is hosting with Ericsson.
I have a 45 minute session scheduled with an Ericsson coach, who will take my android app and run it on a simulated "Nigeria" mobile / cellular network. Pretty excited about seeing how Opera Max will fare on a simulated mobile network

Checking In:
I was delighted by a well made f8 app that they suggested i install on my iPhone for check in. I got the android one , it was well made and helpful. It told you the wifi password :) It has map and schedule as well. Also they are holding free t shirts hostage until the end of the day, and ask you to fill our a survey inside the f8 app to get the free tshirt. Clever tactic :)

They also welcome developers by giving them a fjallraven backpack. A stand and a case for iphones. A moxie battery juice pack, and a notebook. Pretty cool schwag, but no Oculus rift giveaways here :)

The AM:
They announced a string of new developer tools and products. Best listed in this Gigaom blog post here:

It will be interesting how this new change in the mobile ad market impacts Opera Mediaworks/ Ad Marvel (largest non game ad network outside of google) and Chartboost (largest game specific ad network).

The Main talks:
Waiting for the first set of talks to start.  I am sitting in the "Grow" track, where they will discuss how to use the newly launched tools to grow distribution of your apps. So thought its a great time to drum out a post, since i am trying to get into a steady post rhythm for fortechiesonly.com again :)

more photos and stuff will come later.
Posted by Unknown at 12:33 PM