Prediction, next iPhone: will be iPhone 5S in June/July with Apple Wallet 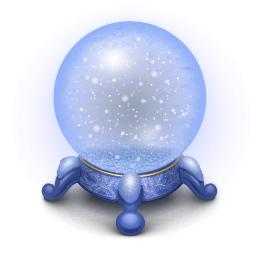 After scouring the far reaches of the blogosphere, i have finally synthesized a prediction for what the next iPhone product will be like. My guess is based on all the rumors, mock ups, leaked facts, false trails and other hints that i could find. Every year before apple announces their next iPhone, i start playing the guessing game. At first you hear rumors and you know they are way off target, then the closer you get to the actual release, the less wild the rumors become and the more realistic. Every year there is a point where you know the rumors have hit it on the nose. I think i finally reached that point , so heres to predicting accurately:

The next release will be akin to the iPhone 4S release. The "S" release had the following characteristics:
So if my personal apple crystal ball is correct here is what the iPhone 5S release will bring:

Expected Arrival Date:
June/July (a la the first iPhone releases (before it switched to the fall schedule)

The Killer Feature: Apple Wallet
Apple's killer feature for this release will be a play for mobile payments.  Now that Sqaure and Google Wallet have trail blazed mobile payments, Apple is going to jump in and throw their weight behind the category (possibly revolutionizing it or at least turbo charging its adoption and growth).

Apple Wallet will be something akin to PassBook, but instead of just showing prepaid tickets and discount cards, it will allow people to pay at a cash register. iPhone users will just tap the register and scan their thumb on the home button or on the back, a la Motorola Atrix fingerprint scanner , to authorize the payment.

Apple's Secret Sauce: Fingerprint scan verified payments via NFC
If you missed it the secret sauce is that each NFC (near field communication) powered payment transaction is verified with a fingerprint scan of your thumb instead of a typed password. This may also apply to other areas of iOS where a user needs to type in their iTunes account password, for example purchasing an app in the app store.

Here is more blogposts with rumours about this:
http://appleinsider.com/articles/13/04/03/fingerprint-scanning-tech-predicted-to-be-major-component-of-apples-iphone-5s-iwatch