Last week i backed my second kickstarter campaign ever. The first one was Soma Water, and now the second one is Thermodo, the tiny iphone thermometer. 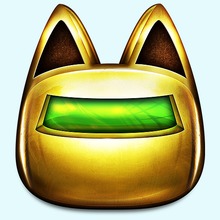 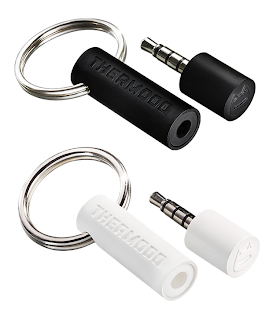 The kicstarter campaign seems to be on a tear.

Awesome pricing:
I am sure the sweet price point of only $19 to get your hands on a thermodo is helping the appeal.
The higher up tears that give early developer access and an sdk to leverage the hardware is a smart upsell pricing strategy.

Go back it yourself and get one ! Its only $19 here is the kickstarter link:

Or go get a Robocat app to see if you digg their design style:

Thermodo. what is it :
A really tiny, well designed, headphone jack fob that measures temperature of the immediate surrounding area of the iphone (vs. getting it from a web api, which is sourcing it from some weather station tower that could be miles away). 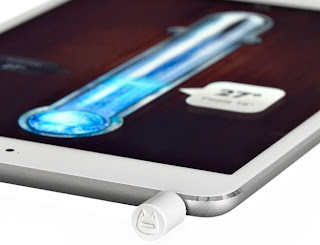 Thermodo reasons i backed it:
1. The video was really convincing that they had a working prototype
2. The robocat apps are a success story in the weather app category and rule !
3. The video production was really high, almost felt like an amateur version of an apple video
4. I really like the idea of thermodo building a giant data set of temperatures via crowd sourcing the data from their apps and thermodo sensors.
5. I love that they offer an SDK for other developers to leverage their hardware innovation