Hi there, Remember me ? Im Nokia, and i am back.

Last week one of my designer friends came over, and brought with him a Nokia Lumia 800 Windows Phone. Of course in the cyan blue.

Put simply, after picking it up, it was clear. Nokia is back. Remember those snake playing candy bar phones that were ubiquitous ? The Lumia series reminds me of those phones. The potential is there.
The build quality was amazing. My favorite part was the unique latch mechanism they had for covering the power slot. The hinges were smooth , strong, and clever.
The Windows Phone UI was surprisingly inviting. After shaking off the initial shock from being disoriented by a non iOS navigation layout, it becomes inviting. The UI's tendency to break the grid, have oversized font, and having beautiful animations in between screens and swipes made it an experience that quickly grows on you.
I will say that Internet Explorer was wierd. Having the URL controls on the bottom instead of the top, was uncomfortable. Also the app ecosystem was not as intuitive.  Lastly the lack of a front facing camera is also disappointing, but you know they will add it in subsequent models.
Check out these hands on pictures i snapped on my new iPad. 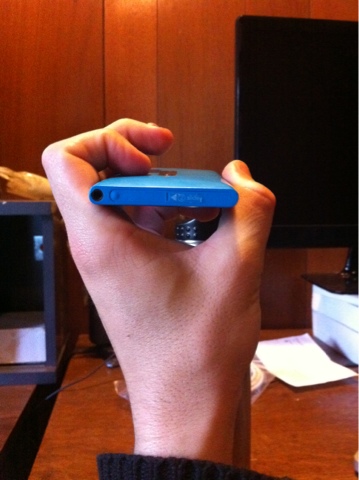 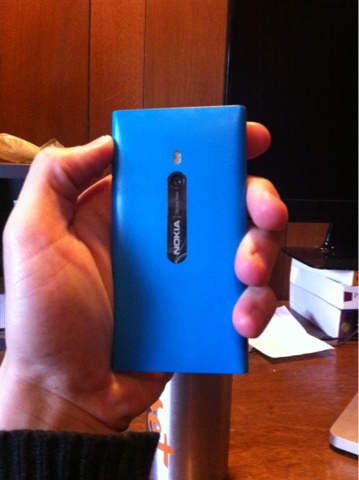 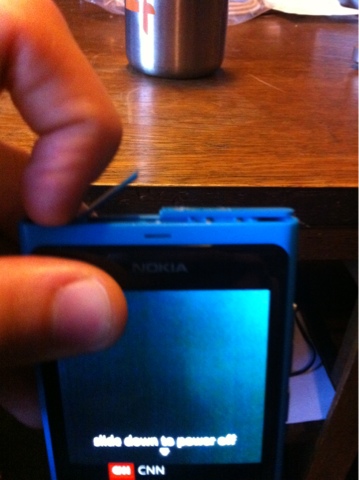 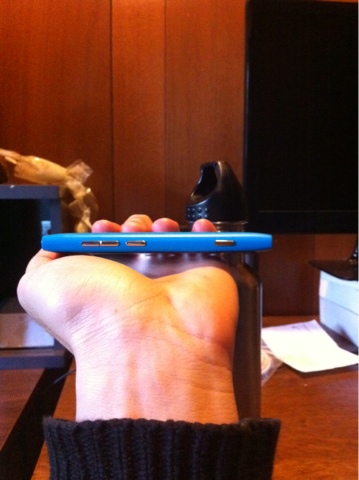