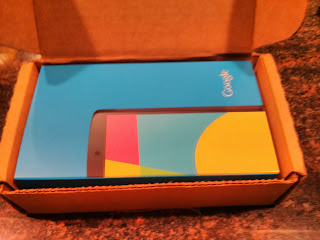 Two days ago, fortechiesonly got to unbox a Nexus 5 . This is the successor of the Nexus 4 phone, which was Google's flagship example of how to build tightly coupled hardware / android software phones to compete ith Cupertino's iPhone line up.

The Nexus 5 hardware is slightly larger and lighter. The screen is bright, however the first thing that jumped out at me was the size of the icons on Kit Kat. The hardware was black and felt good in your hand but nothing ultra exciting about it .

The software on the other hand felt a lot better than my Nexus 4 with Android 4.2.3. Like i said the icons were alot bigger, and their layout was clean. Transitions between home screens were 3D. The layout of the homescreens reminded me very strongly of the new grid of google apps found in Google s top header : 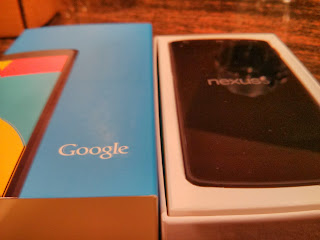 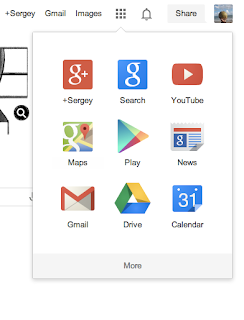 This gives Kit Kat, android V 4.4 ,  an interesting feel of being extra unified with Google's apps and services universe. Google Drive, Maps, Youtube, HangOuts all the things you may need brought to you in a shiny Google experience.

One thing about unboxing the Nexus 5, is that there seemed to be a lot of instruction manuals. Multiple copies even, in multiple languages. Also the process of setting up the phone took a lot longer than i expected. The OS had to download an update, which resulted in 2 cycles of typing in the password for a wi-fi , and all in all took an extra 15 + minutes. 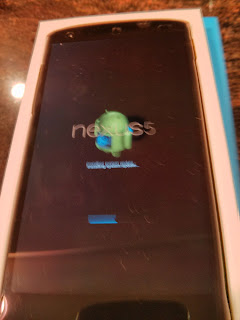 Another thing that is clear with the Nexus 5 Google is seriously increasing Android's Bang for the Buck ratio. They are upping the Bang compared to what they had in a Nexus 4. The Nexus 5 has better hardware, and a notably more refined version of Android software thanks to KitKat. And consumers can get all this for $349 with no contract.

That is a very good value proposition in my opinion. That price made the phone sound enticing to me , a diehard iPhone user . More interestingly this price point cements Android as the owner of the middle of the market. Earlier i thought that Apple would try to broaden its hold of the high end market with its iPhone 5C product. At that time i was hoping apple could bring the iPhone 5C to market for something close to $349. However, they brought the iPhone 5C to market with only a $100 price drop compared to the iPhone 5S. The cheapest 5C model sells for $649.

Apple rules the high end, Android rules the middle (and pushing out on both sides high and low) , and Microsoft owns via its acquisition of Nokia, the low end segment of the market
(ASHA line devices). 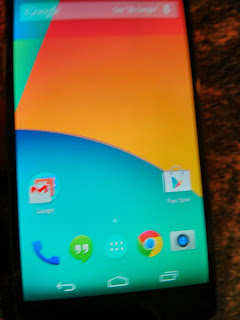 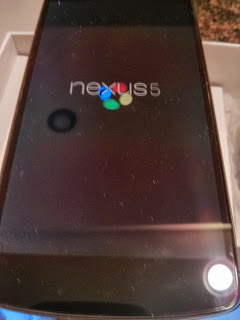 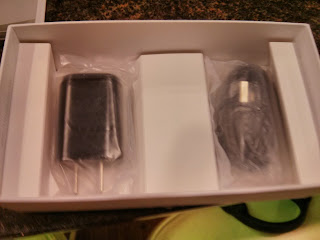 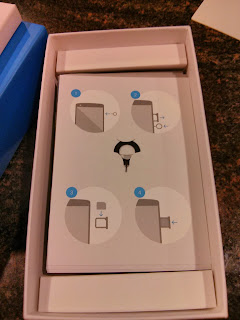