Today i had a layover in Frankfurt, Germany (a major european airport hub) on my way to Poland.

One of the things that always jumps out at me as i travel, are the differences in tech, gadgets, and mobile cultures around the world. Every continent and culture has been adapting to living with smartphones in different ways. 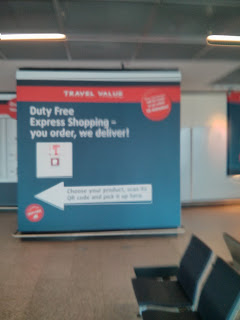 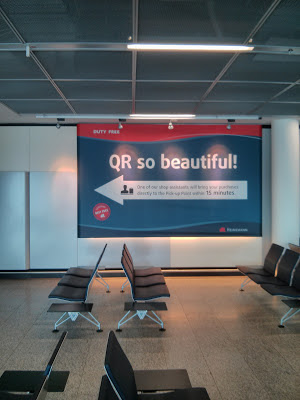 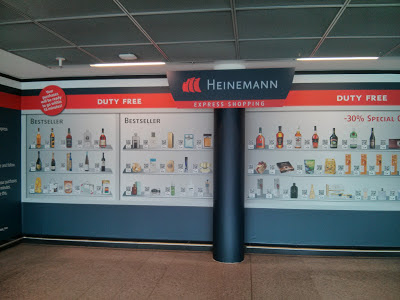 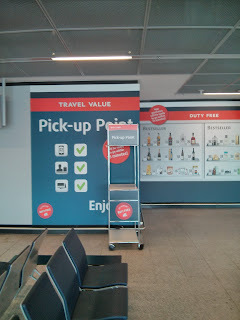 Not to disappoint Frankfurt's Airport delivered a gem of a find in terms of mobile culture. I saw my very first QR code souvenir shop. I think it was called Heinnman's ( a chain of high end souvenir shops in german airports ???).

In one of the smaller terminals a 60 yard length of wall was painted with a giant mural. The mural was split into a few sections:
To be fair, i did not try out the shopping experience first hand, but as an idea it is brilliant. It turns a relatively dull airport waiting lobby or hallway wall into a premium store front. The real estate value of something like this is self evident, as everyday tens of thousands of people walk by with a smartphone that is capable of executing a purchase. Although i would venture that purchase conversions of passerby's are not as great as a real store, but i am sure it is better than a classic banner ad on the wall.

P.S. Eagle eyed ForTechiesOnly readers may notice that the photos are from a Nexus 4 LG device. Yes it is true i am taking the android plunge . Will report more on the droid experience later, still figuring out this brave new droid world ;)
Posted by Unknown at 8:34 AM