Its alway great to see an idea manifest into reality in this crazy start up world of ours.

I was psyched to see MyPad launch version 2.5 of its home run iPad app for facebook.

You can get the free iPad version here: http://itunes.apple.com/us/app/mypad-for-facebook-twitter/id412133981?mt=8

Mainly i am psyched because it has Free Gifts,  Zach's facebook gifting app, baked into it. I have been a long time fan of Free Gifts , so i am happy to see the awesome gifting feature baked into MyPad in a simple and sweet way. Good work Cole, Christian, Zach,  and Sean :)

Surprisingly, since facebook has launched its iPad app MyPad growth actually accelerated. With the new version 2.5 update there is now even more differentiation and uniqu value proposition in MyPad that is not in the facebook client (even though the facebook UI is a shamelss rip off IMHO ).

P.S. There is an iPhone app as well that is worth checking out:
http://itunes.apple.com/us/app/mypad-for-facebook-twitter/id454703425?mt=8 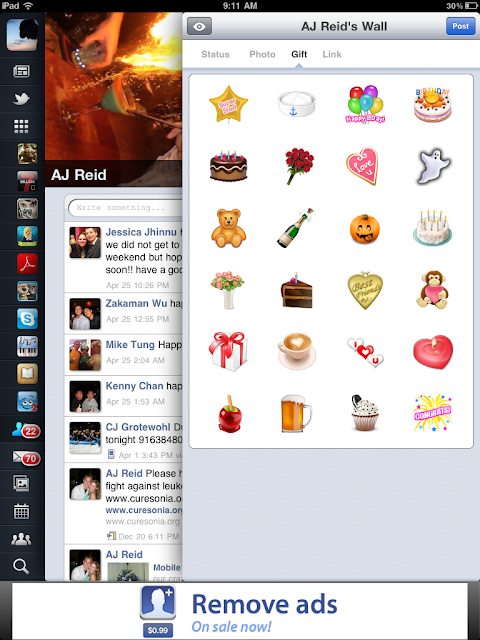 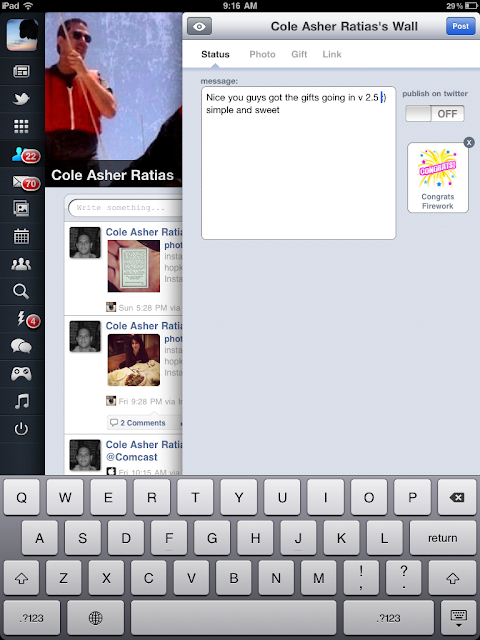 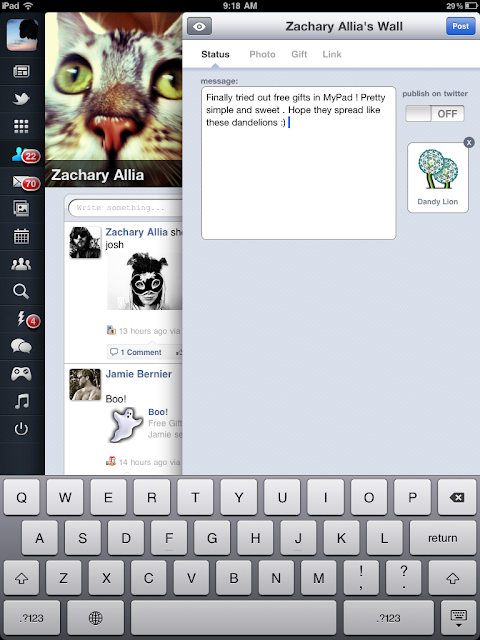