After taking several car loads of stuff to goodwill today , this little gem fell out of one of the numerous boxes of wires .

I was excited to see The familiar blue of the greatest pager ever :


This was a catalytic (precursor device to popularizing SMS chat into the mainstream back in 2000/2001 . 2 Talkabouts could chat with each other over with FULL QWERTY !!!! They also had a number that people could call into , an operator picked up and translated whatever message you wanted into a text message to the Talkabout . It was amazing :)

What's really surprising that after I switched out the AA battery to a new one , it somehow picked up nfl scores from oct 23 , 2011 :) go flex protocol :? 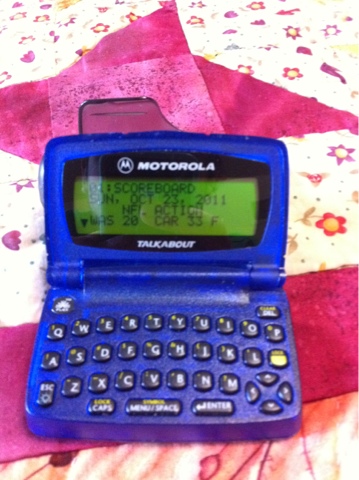 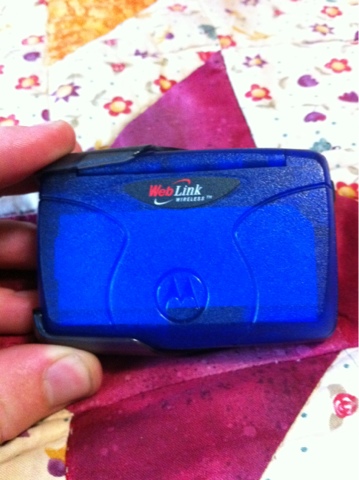